Best know for America’s Next Top Model and Miss Universe, Ashley recently celebrated her 30th birthday and looks great. At the 2017 Miss Universe Pageant at the Planet Hollywood Casino in Las Vegas, Ashley flaunted her fabulous curves in a body-hugging dress by Michael Costello. She added Bulgari Jewels and sparkling heels for added effect.

Ms Graham wore another statement piece gown at the Harper’s Bazaar Women of the Year Awards in London. She arrived to the ceremony in a dress by Marina Rinaldi that was see-through, covered in a multitude of sequin strands and hugged her curves. Under the barely-there gown (or ‘naked dress’), Graham chose to wear black lingerie. Accessories were a pair of silver earrings and she wore black satin open-toe heels. The other accessory was the award she won for Best Model 2017.

When Kate Middleton is out in public, that’s always a red carpet event, so I feel she belongs on this list the same as anyone. Out in London, Kate recently wore an elegant Kate Spade long-sleeve dress that wasn’t in stores at the time. The burgundy lines in the dress added a little pop of colour and were matched by her Gianvito Rossi pumps.

Bella Hadid stole the show at the 2017 Met Gala, wearing an Alexander Wang glittering catsuit. Hadid brings a steamy rocker style to every red carpet, which Wang took advantage of by creating the first bodysuit for the Met. Wang’s autumn 2017 collection included glam-meets-goth catsuits and it appears he took that up here for Bella, producing a curve-hugging, scoop-back piece for her, made in lace with beading and embroidery all over and down to the shoe. Showing off her figure superbly, Hadid later admitted she was actually sewn into the catsuit.

Naomie Harris is perhaps most famous for her role as field agent Eve Moneypenny in the James Bond film Skyfall (2012). More recently, she was nominated for the Academy Award for Best Supporting Actress in the drama Moonlight, which won Best Picture Oscar in 2016 and in January 2017 she was appointed OBE by Queen Elizabeth II in the New Years Honours, for her services to drama.

At Louis Vuitton’s celebration of Ginger Nutz in Vogue in London at the end of November 2017, Naomie was dressed head-to-toe in Louis Vuitton. She wore a show-stopping asymmetric lacy evening dress layered over a long-sleeve top, paired with black combat boots, looking effortlessly glamorous. Combat boots are certainly becoming more popular, though they’ve never really gone out of fashion. 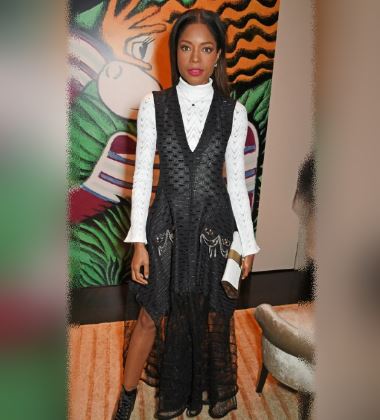 I’m telling you that Nicole was born on 20 June 1967 because it’s hard to believe she’s 50 since she looks so flawless. Nicole was actually born in Honolulu, Hawaii, and not Australia. Her Australian parents were there on educational visas from Australia at the time of her birth. Anyway enough of that, I’m suppose to be telling you what this statuesque beauty has been wearing on the red carpet. At the premiere of HBO’s ‘Big Little Lies’ in Hollywood back in February 2017 she wore a stunning Altuzarra Spring 2017 tiered ruffled gown embellished with clusters of light-catching sequins and beads that form a blackberry and blueberry pattern. She married the look with her hair in soft ways and with bright flamenco-red lippie.

No stranger to the red carpet thanks to her father Phil Collins, actress Lily Collins grew up attending high profile events, and is now a regular at awards shows in her own right. Lily had parts in four films before gaining international attention for playing the starring role in Mirror Mirror (2012). She’s currently filming for Tolkien and whilst three more films are pre- or post production.

At the Film Independent 2018 Spirit Awards Press Conference in Hollywood Lily’s newly dyed platinum blonde locks, her Audrey Hepburn-esque features and a Zimmermann dress were a hit. The soft pastel blue print and the lacy hem dress from the Zimmermann Spring 2018 collection has a dreamy prettiness to it. Lily added white pumps to finish the look. 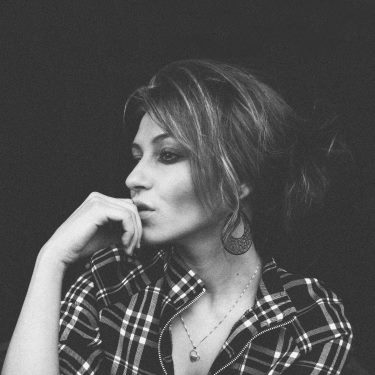 Hi everyone, my name is Jasmine Walton and I am a fashion blogger from London, UK. I have always been interested in fashion as my mother and her mother are too, so it is in the genes.

Get All The Recents News

Keep Up With The Trends!

This is a personal blog. Any views or opinions represented in this blog are personal and belong solely to the blog owner and do not represent those of people, institutions or organizations that the owner may or may not be associated with in professional or personal capacity, unless explicitly stated. Any views or opinions are not intended to malign any religion, ethnic group, club, organization, company, or individual.